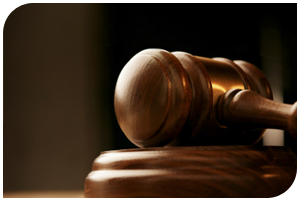 Regularly instructed in the most high profile investigations and sensitive matters on the criminal and civil court circuits; a selection of forensic case studies and recent casework examples:

R v KELAY
Charged with conspiracy under the Prevention of Terrorism Act 2005. The case is also significant in that two of the defendants are charged under legislation within the Terrorism Acts, which have never previously been the subject of prosecution.

OPERATION VENETIC – EncroChat
Multiple proceedings involving complex evidence resulting from the joint operation by the National Crime Agency (NCA) and Dutch law enforcement, which has resulted in hundreds of people arrested in the UK following the infiltration of the encrypted communications platform Encrochat.
www.nationalcrimeagency.gov.uk/news/operation-venetic

R v MASON
Instructed in relation to MATTHEW MASON, convicted at Chester Crown Court of murder. The trial heard Mason, of Knutsford, had been having underage sex with the 15-year-old schoolboy in the months leading up to his death, and then killed him to prevent being exposed.
www.bbc.co.uk/news/uk-england-manchester-55796357

R v BREHMER
Complex and sensitive evidence involving Timothy Brehmer, a constable with Dorset Police, who killed nurse Claire Parry in a pub car park. Charged with murder, he was convicted at Salisbury Crown Court on the lesser charge of manslaughter on the basis of a loss of self-control.
www.theguardian.com/uk-news/dorset-police-officer-timothy-brehmer-jailed-for-10-years-claire-parry-manslaughter

R v MERCER & ORS
Instructed in relation to SEAN MERCER, convicted murderer of schoolboy RHYS JONES – Britain’s youngest victim of gangland violence. Sentenced to a minimum of 22 years, JUSTICE IRWIN commented: “You are not soldiers. You have no discipline, no training, no honour”. Unique in the realm of forensic case studies.
www.guardian.co.uk//rhys-jones-ukcrime

R v WALLACE
Prolific gang of armed robbers that carried out at least 18 raids on armoured vans delivering cash to high street banks. The gang was caught by police in late 2007 when officers from the FLYING SQUAD shot dead two men, including mastermind MARK NUNES, outside a London bank.
http://news.bbc.co.uk/1/hi/england/7705688.stm

AG v CURTIS WARREN
One of the UK’s most notorious criminals convicted with gang charged with plotting to smuggle £1m of cannabis into Jersey. CURTIS WARREN, has been the subject of many forensic case study reports and is the only drug trafficker to make it on to the Sunday Times Rich List, and was once Interpol’s most wanted man.
www.guardian.co.uk/curtis-warren

HMRC v CHAHAL & ORS
Fraudulent evasion of £15 million from a major high street bank. MR CHAHAL was the director of one of the companies through whom the money was transferred, allegedly under the cover of 6 substantial mobile telephone deals. The background to the case involved allegations of substantial MTIC/carousel related activities.

R v ADDERLEY
Member of a criminal network who conspired to supply an estimated £6 million worth of amphetamines and cannabis from Holland. Complex technical evidence including telephone intercepts and covert surveillance techniques.
www.thelawpages.com/court-cases/Mark-A-Adderley

R v SAMMON
Dubbed by the media as the ‘Merchant of Death’, convicted of running a sophisticated operation to supply firearms to organised crime gangs. 274 converted guns ended up on UK streets – and linked to over 4,000 crimes, including robberies, kidnaps, maimings and murders
https://www.manchestereveningnews.co.uk/news/greater-manchester-news/gun-running-mickey-the-fish-15665543

R v AKMAL, KUMAR, LONE
A criminal gang using stolen SIM cards to run a complex national and international telecom fraud that defrauded mobile phone companies out of more than £2million. The gang was convicted and sentenced for a total of 26 years at Southwark Crown Court.
www.cityoflondon.police.uk/CityPolice/news071210

R v COUCHMAN
Father of a young woman whose skeletal remains were found in woodland in Sussex, charged in connection with the investigation into her murder. Complex forensic, scientific and technical evidence were essential to the case preparation.
news.bbc.co.uk/sussex/couchman-murder

R v JOYCE (Gooch Street Gang)
COLIN JOYCE, his henchman, LEE AMOS, 33, and three other gang members were all convicted of involvement in the drive-by killing of a mourner at the funeral of a man Joyce had “executed” months earlier. The gang leader turned Manchester’s streets into what a judge called the days of “Al Capone and Chicago”, was jailed for a minimum of 39 years. This forensic case study has been subject to a number of books on criminal enterprises and gangland executions.
news.sky.com/Gooch-Gang-Colin-Joyce-Jailed-For-39-Years

R v STEELE
In the 1990′s, Essex was making global headlines; first through the tragic ecstasy related death of a teenage girl and then with the triple murders of leading drug dealers in Rettendon (a.k.a. ‘Range Rover Murders’). MICHAEL STEELE and JACK WHOMES were sentenced to life imprisonment following one of the first cases in the United Kingdom to employ the technical science of ‘cell site analysis’ to reconstruct the physical movement of a mobile telephone handset. One of the more compelling forensic case studies for all students of criminology and the evolution of telecommunication evidence.
news.bbc.co.uk/life_of_crime/essex_murders.stm