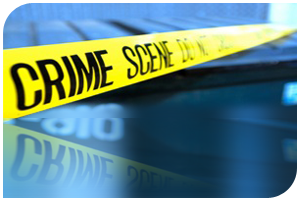 Perhaps one of the most powerful and commonly known investigative forensic techniques; the science of dna evidence was pioneered in the early 1980′s by SIR ALEC JEFFREYS at the University of Leicester, and concerns the genetic make-up of organic samples (e.g. blood, skin cells, hair follicles).

Whilst over 99.99% of human DNA is common between individuals, this minute variance is more than sufficient to allow comparative testing between subjects – a technique referred to as DNA testing, DNA typing, dna evidence, or genetic fingerprinting.

Our expert witnesses can assist in the collection of forensically viable DNA evidence samples and the production of clear expert reports that address paternity issues or comment upon the methods of preservation/analysis by third party scientists and conclusions reached.

In its earliest incarnation this technique was performed by restriction of 0.5–10μg extracted DNA using the restriction enzyme HinFI, followed by Southern blotting hybridisation designed to bind to multiple ‘minisatellites’ present in the restricted DNA.

This multi-locus probing (MLP) DNA evidence technique would result in probes binding to multiple independent DNA fragments at the same time giving rise to the traditional ‘bar-code’ pattern that is often visualised when we think of forensic DNA evidence, even today. Differences in the number of times the probe sequence is repeated in each DNA fragment forms the basis of the individual patterns observed on the autoradiogram image.

Instructed experts have access to the latest forensic techniques to identify DNA evidence, preserve and extract samples from all manner of objects or exhibits, in accordance with industry Best Practice guidelines issued by the Association of Chief Police Officers (ACPO).

DNA evidence then be expertly assessed to help identify a victim, matches against a suspect or to provide investigators with an insight into how the crime occurred, based upon the available physical evidence.

use DNA evidence to effectively eliminate and identify suspects

DNA evidence was first used to aid a criminal investigation by Professor Jeffreys in 1986. This investigation used DNA fingerprinting techniques to link semen stain samples, collected from two rapes/murders that had occurred three years apart in 1983 and 1986, in a small village in Leicestershire, UK. The probability of this match occurring by chance was calculated as 5.8 x 10-8. This result not only linked the two crimes and secured the conviction of the perpetrator Colin Pitchfork, but also exonerated an innocent man implicated in the murders and led to the first mass screening project undertaken for DNA profiling in the world.

Our analysts are experienced in peer-reviewing the work of ‘scene of crime officers’ and providing expert commentary upon conclusions – especially where approximations have been made based upon DNA evidence, partial samples or statistical suggestions made of DNA evidence uniqueness (e.g. 1 in 5 million). We are experienced in testing the reliability of key samples, considering the prospect of tampering or contamination, and presenting our findings in oral evidence in court.